Elliot Crawshay-Williams goes 'Across Persia' in 1903 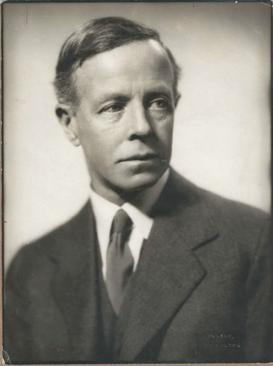 Eliot Crawshay-Williams (pictured, right) was a Welsh politician and World War One veteran who also served as Parliamentary Under Secretary to Prime Ministers David Lloyd George and Winston Churchill. He was also a keen writer, particularly of fiction, political texts and Welsh affairs. In 1907, he published a book, Across Persia, about his eight-month trip to Persia.

Crawshay-Williams offers us a real insight into what life was like in Persia at the start of the 20th Century. His adventures started after finishing a stint at the Royal Field Artillery in India in 1903. Determined not to waste the opportunity his time abroad, he took on an adventure back to England with the full intention of accounting his travels from Bombay through to the Persian Gulf, Persia itself, Russia and continental Europe. It was just him, two Indian servants, a State service employee who spoke Persian fluently and Mr Stumps, his little Scottish Terrier.

Crawshay-Williams wrote about his varying tales in Shiraz, Isfahan, Naqsh-e-Rostam, Dalaki and Persepolis. His account of his time in Persia is fascinating, yet wildly descriptive (his talk of the typical Persian man ('handsome', one of 'the few good-looking races on the face of this earth' and women ('going off' by 25) are particularly humorous). He'd describe the intense heat he had to endure in the Gulf and deserts, "The East with its fierce blaze and parching heat, its wide-stretching wastes bounded by far walls of jagged peaks where shimmers the dim sheen of untrodden snows; with its mysterious humanity, so little understood by us Western mortals - the East with all its glamour and charm has been brought for me into this drab city, like some strange sweet dream of another and a more wonderful world."

Make sense of that, if you will. Yet, the wide-ranging descriptions of Persia/Iran and the East continues to be analysed in this way to this day - a history and present which provides fascination, mystery, bewilderment and romance in equal measure, or as Crawshay-Williams says in Across Persia, "A gorgeous mix of dazzle and darkness, luxury and misery, beauty and filth, bewildering the mind alternately by its majesty and its horror."

"Throughout my journey, indeed, I met with the greatest kindness, and I should like here to render my deepest and most sincere thanks to all those who helped me on my travels," Crawshay-Williams would write.

Crawshay-Williams's fascination of Iran continued years after when he wrote 'Song from a Persian Village', performed by soprano prodigy, Treforest-born Morfydd Llwyn Owen in 1913. If anyone has more information on this, please email john-price@hotmail.co.uk.